It was another wild ride for Bitcoin and cryptocurrency investors as prices ballooned before quickly bursting leaving markets in the red. 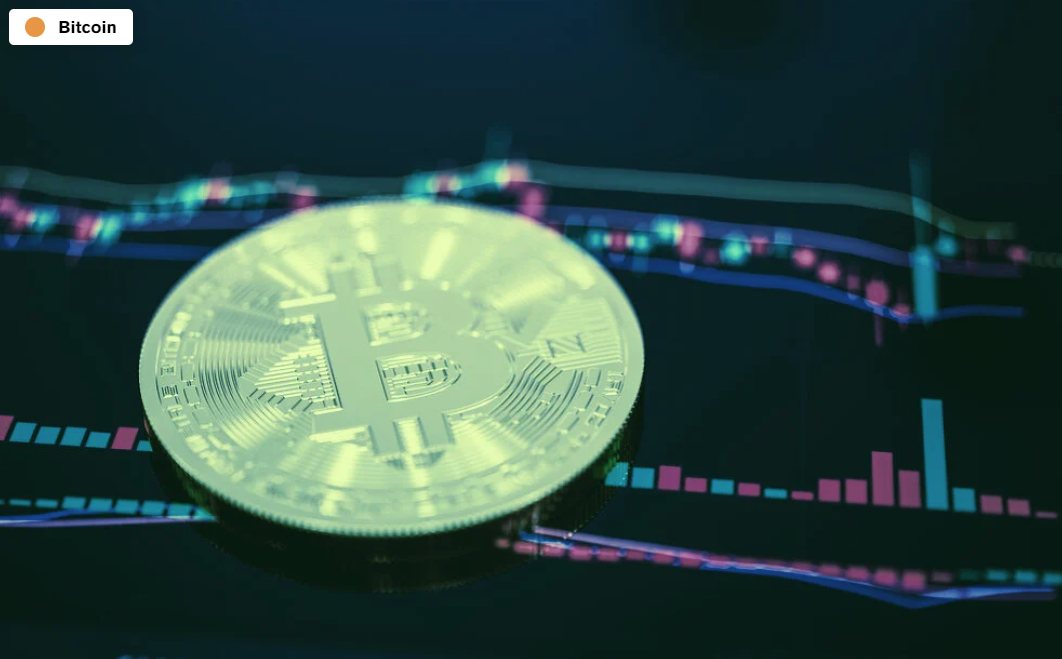 Crypto had another wild weekend – as has been the trend throughout 2021. In this latest chapter, Bitcoin climbed to new heights before aggressively reversing the gains.

On Sunday, the world’s largest cryptocurrency reached an all time high of $61,700 after an almost vertical surge in price that started on Saturday morning European time.

But then come Monday morning, an almost identical looking price drop saw prices drop back down into the $50,000s. The $3,000 drop represents a 4.9% slide in the last 24 hours, according to Nomics. For global market cap, which went above $1.82 trillion on the weekend, prices are down to $1.74 trillion, resulting in nearly a $100 billion loss.

The movement came around the same time Coinbase, Bitcoin and Direct Deposit all became trending topics on Twitter. That lost topic is in reference to some Americans receiving their stimulus checks as part of Joe Biden’s $1.9 trillion COVID-19 relief bill.

If US citizens were buying Bitcoin at that time, it would have been quite the introduction to the whirlwind world of cryptocurrencies. 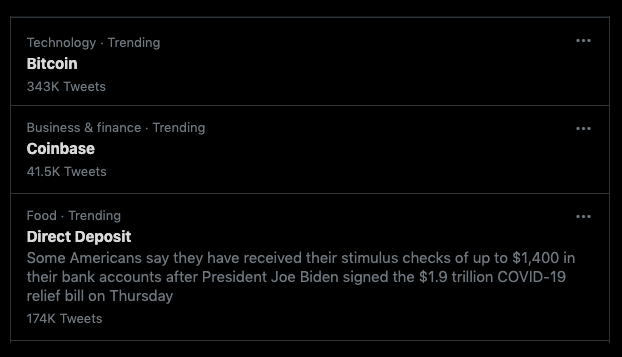 The picture was no different for the majority of the world’s largest cryptocurrencies. Ethereum followed a similar trajectory to Bitcoin’s rise and then fall, losing 4.1% in the last 24 hours.

In the mid-caps – projects valued between $10-$40 billion – a 4% loss meant you were one of the lucky ones. Cardano, XRP, and Litecoin all dropped 4%, while Chainlink fell 5%, Uniswap shed 7% and Bitcoin Cash slid more than 8%.

You’ll have to go all the way to the edge of the top 20 to find any prices in the green. Hex and Algorand are both up more than 9% while VeChain is up 7.5%.

What’s got the markets so spooked? Bitcoin and the broader crypto market has a tendency to climb aggressively before pulling back quickly. This can be attributed to several factors. The first is exchange in and outflows.

Large HODLers can cause ripples in the market – which are then amplified by bots designed to execute trades depending on changing market conditions – whenever they move money in and out of exchanges.

Movements like the above can be seen as a sign by others that it’s time to hop off the uptick in prices causing a collective dumping on assets depressing prices.

Then there’s the wider economic picture and how it plays with crypto prices. Asian stock markets have had a tough session today as there are mounting concerns the Chinese government will have to step into keep markets flowing as the economy continues to surge.

In the US, treasury yields, those pesky benchmark measures that act as a bellwether for the broader economy have remained doggedly high, adding fuel to the narrative that the US economy is overheating.

If that happens, inflation will rise which could put a curb on borrowing, which could stifle a post COVID recovery. All of these weighs on investor sentiment. The more pessimistic they are the less likely they are to put money into exotic assets like Bitcoin.

Another factor unique to this particular cycle could be attributed to India’s about-turn on Bitcoin holders.

The Indian government is reportedly planning to ban cryptocurrencies.

New reports of the ban have re-emerged after the country's finance minister recently said a "calibrated" position will be taken on cryptocurrencies.

India is the 10th largest market for Bitcoin trading volume, according to Statista, meaning measures like the above are likely to have a significant impact on prices.