However, the rest of the crypto market is doing so-so. 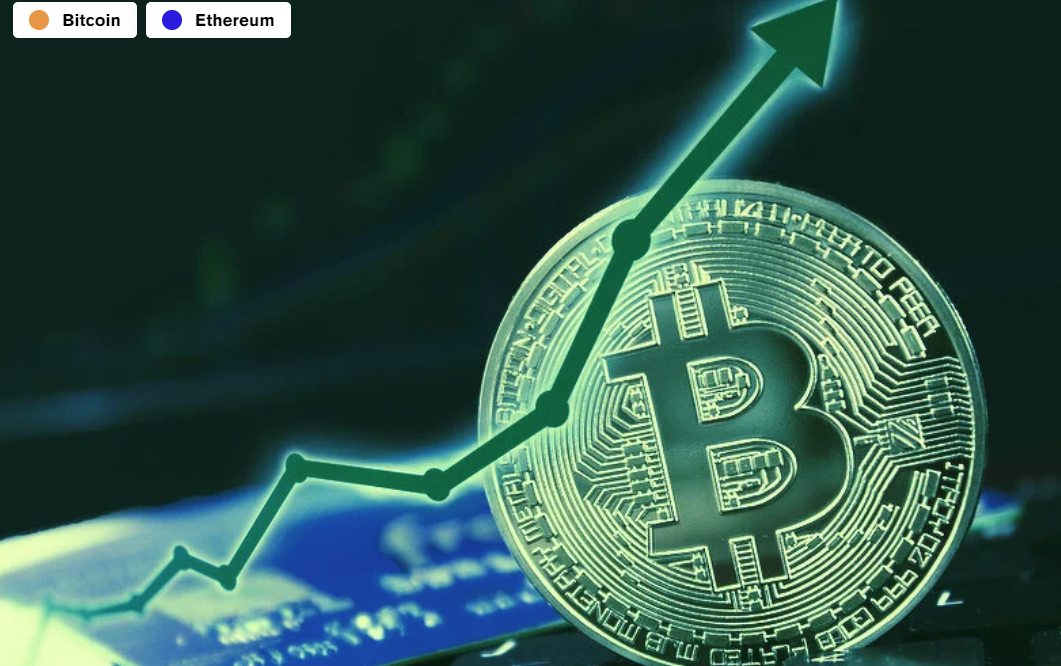 At 9 PM UTC last night, Bitcoin hit an all-time high of $61,683, managing to maintain it until the early hours of the morning. By 3:30 AM UTC, the price of the world’s most popular cryptocurrency began to pull back, dropping to the point where it now trades at $60,300.

That’s not much of a fall, considering the currency hit a previous ATH only hours before, when at 12:30 PM UTC the price reached $60k for the first time.

Bitcoin’s performance over last week’s bull run was bolstered by the announcement that US president Joe Biden had signed off on a $1.9 trillion COVID-19 stimulus package following its approval by the House of Representatives.

Although it’s not certain whether Bitcoin’s price performance directly correlates to the announcement of economic relief measures in the US, it does fit a pattern: Bitcoin has so far weathered the pandemic quite well.

While the declining value of the dollar prompted end of 2020 forecasts of the reserve currency’s imminent collapse from banks like Goldman Sachs, UBS, and Citigroup, Bitcoin’s price only got higher.

From the start of the pandemic to October 2020, the Fed had printed 20% of all US dollars in circulation, driving the dollar down significantly. To many investors, Bitcoin looked like an attractive store of value; a hedge against inflation. Sure enough, institutions piled on.

The most public investment in the currency came in February, when Tesla disclosed in a US Securities and Exchange Commission filing that it bought$1.5 trillion in Bitcoin the month before.

Musk’s decision to back Bitcoin could have been influenced by a Twitter exchange with MicroStrategy CEO Michael Saylor. The CEO of the US cloud computing company has been buying Bitcoin in his spare moments.

On Friday, MicroStrategy disclosed that it had bought a further $15 million in Bitcoin. That’s the third time this month that the business intelligence services company has bought Bitcoin. With total Bitcoin holdings of $4.4 billion, MicroStrategy is the blue whale to Tesla’s humpback.

It’s not just American companies either. Chinese app maker Meitu recently bought $40 millionin both Bitcoin and Ethereum, while Norwegian holding company Aker ASA has set up a subsidiary called Seetee AS to invest directly in Bitcoin and Bitcoin-related projects.

Bitcoin’s plucky competitor Ethereum still has some catching up to do before it reaches its previous ATH of $2,000, set three weeks ago, but today the currency trades at $1,877, despite reaching a high of $1,929 at 12:30 AM UTC.

The big news in Ethereum this week was the sale of a digital artwork by Beeple, which raised an unprecedented $69.3 million dollars at auction. Only on Ethereum can pixels get so expensive.

Similarly, an ancient a trove of ancient digital collectibles called MoonCats was discovered and promptly mined yesterday, burning $600,000 in Ethereum gas fees as tech-savvy collectors took to Twitter to share tips on how to rescue these lost kitties from their slightly dilapidated home on MoonCatRescue.com.

Elsewhere, Cardano’s ADA token fell from grace. Its previous ATH of $1.48 is now a distant memory as this month’s “Mary” hard fork came and went, taking the hype with it. Cardano made every effort to build a multi-asset blockchain that can compete with Ethereum, but customers just aren’t into it. It is currently worth $1.08.

A stable weekend prompts the question: When’s the next crash?