Bitcoin bounced back after two weeks of dwindling prices. Tech stocks continue their slide as the US economy gears up for new stimulus. 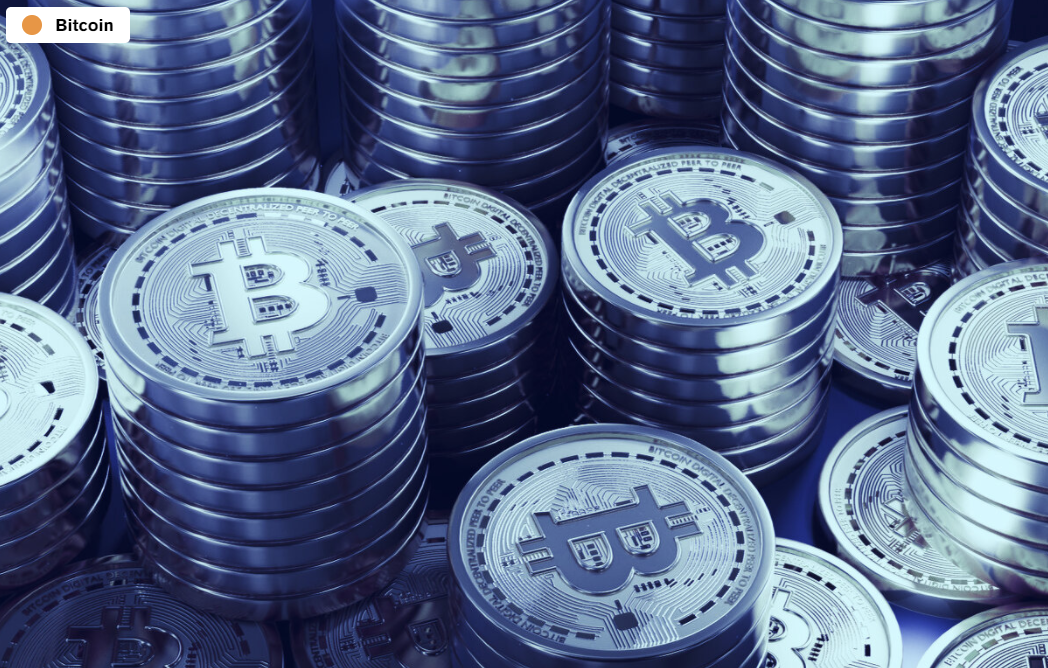 What a difference a day makes. No sooner was Market Watch proclaiming that growth assets like Bitcoin were in for a rough time, cryptocurrencies bounced back.

Overnight, global market cap gained 6% to reach $1.68 trillion. That puts it within touching distance of the all-time high figure of $1.76 trillion achieved on February 21.

Trading volume was also up 17.75% according to data company Nomics. Although it’s quick to point out that only 18% of this volume was what it calls ‘transparent’ trading, a term the company uses to distinguish between trading on exchanges with full datasets of all transactions, and those exchanges that don’t keep such records.

The bulk of those gains (real or not) came thanks to strong performances from Bitcoin and Ethereum. Bitcoin briefly touched the $1 trillion mark during Hong Kong trading hours, before pulling back. At the time of writing however, it has re-claimed that mark hitting a two-week high.

Ethereum also reclaimed a significant milestone, surging past $1,800 with a 7.6% gain, outperforming BTC by a hair. It was a similar picture in the mid caps – projects valued between $10-$40 billion: Binance Coin up 5.5%, Polkadot up 4.9%, Litecoin and Chainlink up 8% a piece.

What's got markets in such a good mood? It appears that institutional interest in cryptocurrencies has remained strong, even as market conditions have improved elsewhere. That was the sentiment coming out of Goldman Sachs this week as it reported it was seeing substantial demand from institutions after it announced it was re-opening its crypto trading desk.

“Bitcoin and Ethereum bullishness are back as more big-money bets keep flowing into cryptocurrencies,” Edward Moya, senior market analyst at Oanda, told Bloomberg. “Institutional interest still seems strong.” It's not difficult to see why. Bitcoin is up 600% on its price last year, with a chorus of big investors saying the currency still has a long way to go in terms of its overall value.

It was a mixed day on Wall Street yesterday. While the Dow hit an all time intraday high, the tech-centric Nasdaq dropped steeply as the big names on the exchange took significant hits to their share prices. 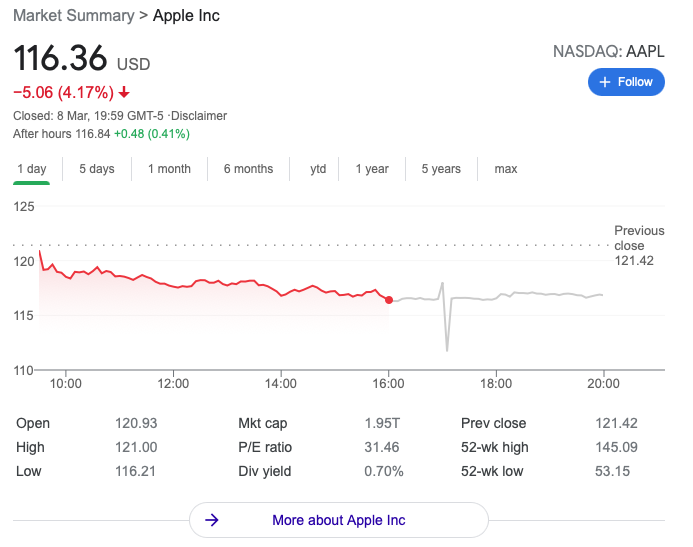 The sharp contrast between the performance of the Dow and Nasdaq has underscored investors' increasing tilt away from technology stocks in favor of value and cyclical stocks with earnings closely tied to a strong economic recovery. This is interesting for crypto investors as the tech stock boom and the crypto surge have been moving in tandem over the past few months. 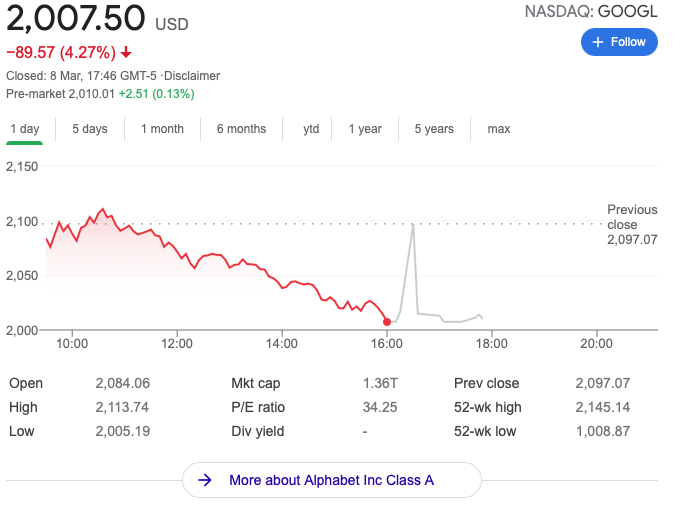 Alphabet in the red. IMAGE: Google

What seems to be driving up crypto prices, and driving down tech prices is the $1.9 trillion stimulus package now all but certain to come into effect, and the move by investors in to the value stocks that were pilloried by COVID.

The last stimulus package led to a surge in Bitcoin's price, as well as thousands of people using their stimulus money to invest in crypto. Are markets gearing up for something similar?