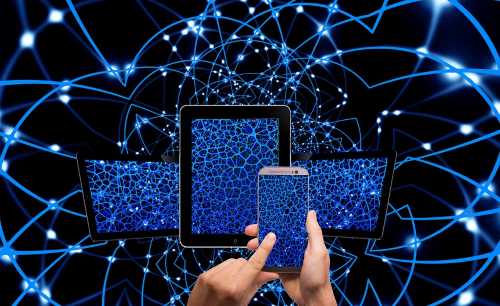 Blockchain smartphones and crypto-storing watches: Which innovative devices have actually gone from concept to reality?

Talk of cryptocurrency and blockchain-powered gadgets inevitably spiked alongside the hype for token prices. But looking back, have they delivered any meaningful changes to users, or are they just another result of the hype synonymous with the space?

The surge of interest in the space came to a head in 2017 as Bitcoin (BTC) hit never-before-seen highs of around $20,000 before crashing dramatically and entering the bearish crypto winter. While the collapse left devastation in its wake, the months of focus brought Bitcoin, cryptocurrency and blockchain technology into the mainstream consciousness like never before.

Many projects were conceptualized and brought to life during that period, and that inspiration led to a number of technological developments that were aimed at cryptocurrency users and blockchain innovators. Blockchain smartphones and cryptocurrency-enabled luxury watches have grabbed headlines over the past few years. Some have received positive feedback, while it’s not clear if other products have even seen the light of day.

Smartphones have become a literal extension of the bodies of billions of people over the past decade. According to Statista, over 40% of the global population uses smartphones, meaning that over 3 billion people have them. The likes of Samsung, Huawei and Apple’s iPhone are dominating the sector with the latest technology crammed into their futuristic devices.

Smartphones can do almost anything these days, and it was only a matter of time before cryptocurrency and blockchain applications were integrated into these companion-like devices. Indeed, there are a handful of manufacturers that are positioning their devices as blockchain smartphones.

Samsung’s Galaxy S10 is probably the most high profile, although the device itself isn’t “blockchain-powered” but, more specifically, blockchain-enabled. The S10 made headlines for its application for storing cryptocurrency private keys, dubbed Samsung Knox, as well as a built-in cryptocurrency wallet, the Blockchain Keystore.

Over the course of 2019, the Galaxy S10 added support for over 30 different cryptocurrencies in its wallet. Toward the end of the year, Samsung launched the "KlaytnPhone," a variant of the Galaxy Note 10 that featured its cryptocurrency wallet and Knox application and also rewarded users with 2000 Klay tokens, the native currency of the Klaytn blockchain. These crypto and blockchain features were integrated into the company’s latest Galaxy S20 smartphone.

Taiwanese electronics firm HTC also has its own blockchain smartphone, the Exodus. Launched in March 2019, the device was originally only available for prepurchase using cryptocurrency, but it became available via fiat as well.

The Exodus comes standard with a hardware wallet application that allows users to store their own private keys. It also comes with the Opera browser, which provides access to a plethora of decentralized applications. As Wired summed up in its product test, it’s a useful smartphone that provides reliable applications for cryptocurrency users.

The latest edition of the HTC blockchain smartphone is the Exodus 1S, which it claims is the first device capable of running a full Bitcoin node. The device’s social key-recovery feature was applauded by Ethereum co-founder Vitalik Buterin, as it allows users to give parts of private keys to trusted contacts to enable recovery. The HTC Exodus 1 can only be purchased from the manufacturer’s website, although not all payment options are available, and its Binance model appears to be out of stock. The HTC Exodus 1S is only available for purchase in certain regions and is not yet available worldwide.

Blockchain startup Sirin Labs laid claim to the title of the first company to launch a blockchain smartphone in November 2018 with the “Finney.” The device comes standard with a built-in cold storage wallet, token conversion service and DApp ecosystem powered by its proprietary Sirin operating system. The cold storage is physically separate from the rest of the device, and users can carry out peer-to-peer transactions without the need for a centralized exchange. The Finney appears to only be listed for purchase on the Sirin Labs website, although it was also available on Amazon at one point.

Pundi X, a decentralized offline cryptocurrency sales network, is reportedly also working on developing its own blockchain smartphone. The company claims that its “Blok on Blok,” or BOB, smartphone will have all data executed by its Function X blockchain.

According to the company, users will be able to switch between two operating systems: a blockchain mode and a conventional Android mode. The blockchain mode aims to give users complete control over their data. The project will be bankrolled by a crowdfunding initiative, and only 5,000 devices will be offered in the first manufacturing run.

All things considered, the devices that were released were seemingly met well. Further development of crypto-enabled smartphones with reliable functionality may introduce a swathe of new users to the space, provided they offer the same level of experience as any non-crypto smartphone. Furthermore, aside from Samsung’s S10 and Galaxy Note models, these devices seem fairly difficult to acquire online, as they are mostly only listed for sale on their own websites.

Nice watch, but does it accept crypto?

While cryptocurrency functionality is slowly being incorporated into handheld devices, three world-renowned Swiss watchmaking companies have released timepieces that are inspired by Bitcoin and cryptocurrencies.

In September 2018, Hublot announced the launch of its Big Bang Meca-10 P2P watch. The Bitcoin-inspired timepiece was designed as a commemorative collector’s item celebrating the 10-year anniversary of the preeminent cryptocurrency. Only 210 watches were made in the collection, with that number symbolizing the 21 million supply limit of Bitcoin. The watch was initially valued at $25,000, and prospective buyers had to sign up for a presale managed by Asia-based digital asset brokerage firm OSL. Another caveat was that these watches could only be purchased with Bitcoin.

It is not clear if the limited Hublot watches were actually built and sold. A confirmation request sent by Cointelegraph remained unanswered at the time of publishing.

Another luxury Swiss watchmaker, Franck Muller, also launched its own cryptocurrency-inspired timepiece in May 2019. The “Encrypto” watch series was released in partnership with investment firm Regal Assets, with its core functionality featuring a Bitcoin cold storage function.

The Frank Muller Encrypto line now features different styles for both men and women, with price tags ranging from $20,000 to $65,000. The different watches are made of various luxury materials including gold, diamond and carbon fiber.

The dial of the watches includes a laser-etched QR code for its corresponding public wallet address for receiving Bitcoin payments. Users also receive a USB stick that stores the private key of the corresponding public address. Franck Muller has claimed that its deep cold storage wallet “cannot be hacked” and uses “offline generated, non-deterministic TRNGs (True Random Numbers Generated).” Like the Hublot Big Bang Meca-10 P2P, the Franck Muller Encrypto can be bought with either BTC or fiat currencies.

The watch was expected to be launched in the second quarter of 2019, and it was touted to cost in excess of $100,000, making it the most expensive cryptocurrency cold wallet timepiece on the market. Cointelegraph reached out to A. Favre & Fils to find out if the timepieces were ever released but received no response as of publication.

It seems clear that as technology progresses, more functionality is being crammed into the latest devices. Whether it’s a smartphone or luxury timepiece, there’s a good chance that the item has some serious technological capabilities beneath the surface.

This is the case with cryptocurrency-enabled gadgets. Devices are now being delivered to the market with built-in cold storage wallets, decentralized and centralized exchange applications, and numerous other functions.

Some of these gadgets are arguably overhyped, but it seems that the majority of companies that are incorporating cryptocurrency support into these devices are trying to give users the best in security and functionality.

Promote Your business, tell the world about Your passion, on Markethive's decentralised blockchain.