Could Bitcoin Ever Go To Zero?

Though extremely unlikely (in the near term), it is technically possible for Bitcoin's price to crash to zero. 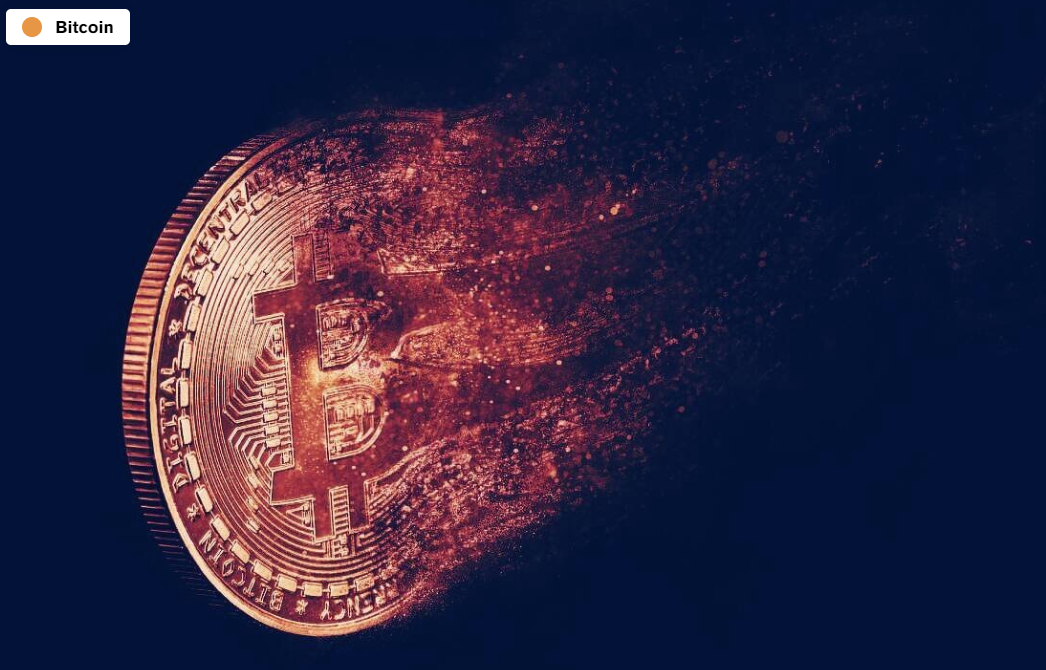 Bitcoin has mostly gone "up and to the right" for much of its existence, with its price climbing from essentially zero to as high as $60,000 in under a decade. The original cryptocurrency is now one of the largest currencies in the world, and in its short lifespan has become one of the most profitable assets of all time.

Despite this growth, Bitcoin’s detractors have long argued that it's only a matter of time before it collapses back to zero.

But in recent months, there's been a flood of institutional investment in Bitcoin, with companies including MicroStrategy, Tesla, Square, and Aker ASA buying Bitcoin for their corporate treasuries. Meanwhile, Bitcoin exchange-traded products have boomed, with the launch of Canada's Purpose Bitcoin ETF marking the first such product to be established in North America.

Such institutional investment is widely thought to have prompted Bitcoin's current bull run, and it's viewed as proof that the coin, which now has a market capitalization of over a trillion dollars, is here to stay.

But what would it actually take for Bitcoin to lose 100% of its value? As it turns out, a lot.

Could Bitcoin really crash to zero?

In 2018, two Yale University economists (Yukun Liu and Aleh Tsyvinski) published areport titled 'Risks and Returns of Cryptocurrency,' in which the authors examined the risk of Bitcoin collapsing to zero in the span of a day.

By using Bitcoin's historic returns to calculate its risk-neutral disaster probability, the authors found that the likelihood of an unspecified disaster crashing Bitcoin to zero ranged from between 0% to 1.3%, and was around 0.4% at the time of publication. For comparison, Tsyvinski stated that the euro (EUR) has a 0.009% chance of the same, in aninterview with YaleNews.

Others argue that Bitcoin will eventually crash to zero because it lacks intrinsic value. But supporters retort that Bitcoin is backed by consumer confidence and mathematics. Even though Bitcoin is often framed in opposition to government currencies, both Bitcoin and "fiat" currencies like the US dollar (USD) and Pound sterling (GBP), which were once backed by gold (which has intrinsic value), are now backed by no physical commodity. Of course, some would argue that the US dollar, at least, is backed by debt.

One of the most commonly-cited arguments for Bitcoin’s eventual demise is that it’s actually an elaborate scam, cooked up by some nefarious entity or group with the aim of parting users from their hard-earned money.

One of the most recent examples of this can be seen in a post by iOS developer Gaurav Sharma, which argues that Bitcoin is actually a modified Ponzi scheme.

He argues that far from being decentralized, the development of Bitcoin is actually controlled by a central committee of developers, which he claims only benefits the powerful. This overlooks the fact that anybody competent can submit a Bitcoin Improvement Proposal (BIP) for consideration, and the entire protocol can be forked with relative ease if undesirable changes are made.

With Bitcoin, all nodes and miners are free to choose which client they run—the client with the most combined work automatically becomes the canonical chain. As a result, the Bitcoin unit on these chains will almost certainly still have value, due to the computational work and resources involved in maintaining the integrity of the network.

Another common argument made by Sharma—and numerous other skeptics, including Warren Buffet and Mark Cuban—is that Bitcoin is simply overvalued because it has little or no utility. It can, however, be argued that Bitcoin’s utility is actually directly related to the number of users.

This has been seen with the advent of additional use cases for the cryptocurrency, with the cryptocurrency initially being used for peer-to-peer barter, before online trading became a thing, and now there’s an entire ecosystem of DeFi tools that expand its utility even further.

A similar phenomenon is described by Metcalfe's law, which states that the value of a network is proportional to the square of the number of connected users. And with the number of Bitcoin wallets growing exponentially, Bitcoin’s utility is growing even faster.

If Bitcoin were to truly crash to zero, it would mean either that it became impossible to trade Bitcoin or exchange it for goods and services, or that buy-side liquidity fell to zero for some reason. One of the only plausible scenarios that could cause this is Bitcoin being banned by all world governments, potentially rendering it illegal to own or use—as is already the case in a handful of countries.

This would also require taking down the entire Bitcoin network, rendering all nodes offline—including the onesin space—and making it impossible to set up new ones. Theoretically, this would make it impossible to transfer Bitcoin and would prevent underground trading, likely rendering Bitcoin worthless—but this would be nearly impossible to accomplish. The decentralization and global spread of network nodes is the entire value proposition of the Bitcoin blockchain.

Another possibility is that Bitcoin could simply be superseded by a better cryptocurrency or a similar alternative payment system, rendering it obsolete (and therefore worthless as a payment method or store of value). But this scenario would likely take several years—perhaps even decades—to play out.

Whatever the case, it appears likely that Bitcoin will always retain some value, either as a collector's item or as a historic artifact for future generations.

A similar phenomenon was observed relatively recently when the Reserve Bank of India (RBI) demonetized Rs 500 and 1,000 notes in November 2016 due to a massive increase in counterfeit notes. Although authentic Rs 500 and 1,000 notes can no longer be used as legal tender in India, they still retain some value as works of art or as a curiosity.

Editor's note: This article was first published in September 2020, and was updated in March 2021 to reflect Bitcoin's rising price and the influx of institutional investors.