The second largest cryptocurrency by market cap has broken the $3,000 mark for the first time. 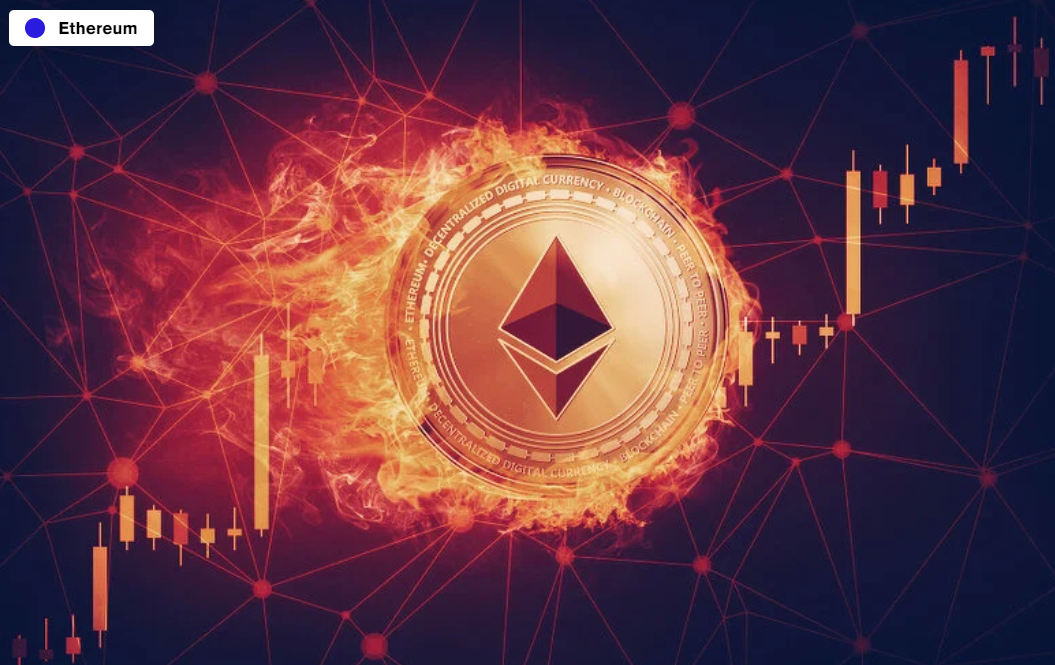 The price of Ethereum, the second-largest coin by market cap, hit $3,000 for the first time on Sunday evening, according to data from Nomics. After breaking that bar, it kept climbing to a new all-time-high of $3,042. ETH is now up more than 1,300% in the past year and boasts a market cap of $352 billion.

Ethereum’s rise this week follows reports that the European Investment Bank (EIB) sold $121 million worth of digital bonds on Ethereum. Goldman Sachs, Societe Generale and Banco Santander also played a role in the EIB’s bond sale, Bloomberg Law reported. The news was treated as another sign of Ethereum's staying power for a myriad of financial use cases.

The EIB used Ethereum because the network allows for the creation of multiple fungible tokens, known as ERC-20 tokens. The EIB test came after Santander used Ethereum mainnet for its own blockchain bonds in September 2019. Both are big endorsements of the network.

The ETH times are a-changin'

A number of highly-anticipated updates to Ethereum are set to go live over the next couple of months.

On July 14, Ethereum will integrate an upgrade called EIP-1559. The upgrade will reduce ETH’s overall supply by burning billions of coins that would otherwise have gone to miners.

As per the laws of supply and demand, the widespread expectation is that EIP-1559 will increase the price of Ethereum. Perhaps, the mere anticipation of the upgrade is already having that effect.

Then there’s the larger transition toward Ethereum 2.0. This switches the network to proof-of-stake, rather than the current energy-intensive proof-of-work. The first step of this transition is the so-called merge, provisionally scheduled for late 2021. Ethereum 2.0 also promises to lower transaction costs and increase the throughput of the network.

Historically, Bitcoin spearheaded price changes in the crypto market, tailgated by altcoins including Ethereum. But the tide is shifting.

And according to Money Movers, which tracks the daily volume of settlements on the two networks, Ethereum handles almost double the size of Bitcoin. 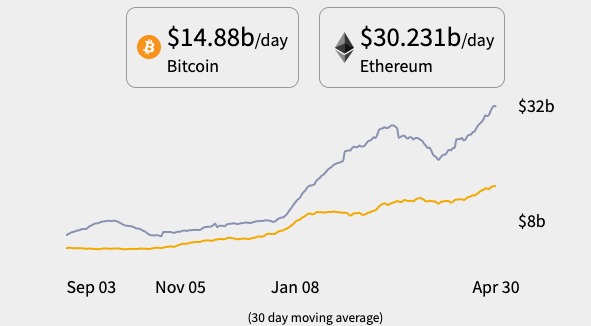 The coins were neck and neck only four months ago. But four months ago, Ethereum’s white-hot NFT craze was just beginning. And decentralized finance (DeFi), also mostly powered by Ethereum, is now bigger than ever.