Will These 6 Altcoins Outpace Bitcoin? 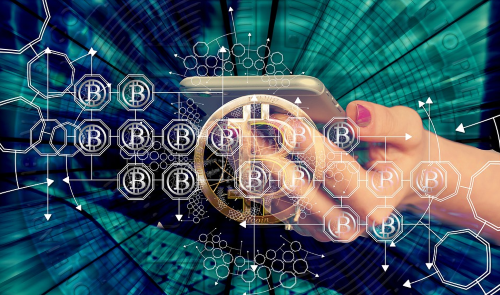 It's always interesting to read Analysts future forecasts and predictions of which altcoins are gearing up for a potential next phase of the bull cycle. In Daily Hodl's post, Analyst Nicholas Merten shares his thoughts on 6 altcoins to watch out for.

Regard these thoughts as educational because altcoins are volatile and high risk – this is not investment advice – always do your own research.

Also, just to let you know – we're super excited about the future of the MHV Coin, here at Markethive, this inbound marketing platform.

Markethive has developed a proprietary suite of advanced, effective inbound marketing tools, News & PR sites and integrated the entire system into a social network and interface on the Blockchain, with its own financial economy along with every tool and portal imaginable to make the platform an all-encompassing system that entrepreneurs and companies overall, will embrace when they see its power.

In a new video, Merten tells his 406,000 YouTube subscribers that the next leg of the altcoin boom cycle is primed to erupt in the coming weeks.

“Right now, altcoins are setting up bigtime for a secondary cycle… Going into May of this year, we are going to see the second wave of the existing altcoin cycle that we’re currently living through.”

As altcoins gear up for a potential next phase of the bull cycle, Merten says he’s keeping an eye on some decentralized finance (DeFi) and NFT (non-fungible token) plays which he believes are set to outperform Bitcoin.

The first coin Merten’s got his eye on is decentralized exchange PancakeSwap (CAKE/BTC).

“We can see here that we’ve had a nice 50% correction and three days of green here. In fact, you start to see the buy-side volume returning and starting to outpace some of these days back here… This, to me, looks really interesting, to see volume picking up against purchases with Bitcoin.”

Next up is a project that seeks to bring DeFi into Bitcoin. Merten says Stacks (STX/BTC) is poised for a sizeable rally as it threatens to take out the resistance of (0.000025) after months of sideways action.

The third coin on Merten’s list is decentralized exchange Uniswap (UNI/BTC), which he says is currently laying the groundwork in anticipation for the next big catalyst.

Coming in at number four is NFT platform Rarible (RARI/BTC). Merten expects the pair to find support and build a base at 0.00035 before it can resume its uptrend.

Taking the fifth spot is blockchain gaming platform Enjin (ENJ/BTC), which the crypto analyst says is in the midst of a pullback after a monster rally.

“What it looks like we’re probably going to get here is again a 50% correction (0.000026) to make support around previous historical resistance. We can see that this was a significant level back here and also was a midpoint here before the secondary wave of the last cycle.”

The last coin on Merten’s radar is Flow (FLOW/BTC), a platform designed for gaming and NFT use cases. The crypto influencer expects FLOW/BTC to drop to support around 0.00041.

“I think we’re going to see this come down towards the range of previous resistance and support, right at a nice clean 50%. It’s all shaping up, guys.”

Altcoin "Supercycle" In April | Here's What You Need To Know

Article produced by By Daily Hodl