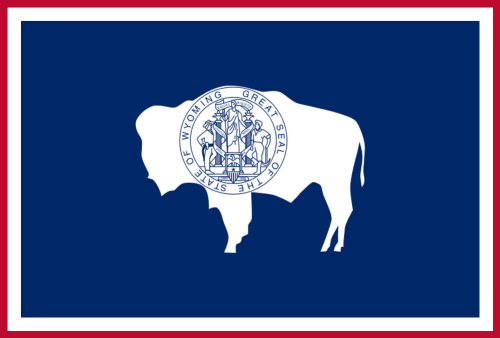 The US state of Wyoming came one step nearer to making history on Tuesday when its Senate Committee members approved a bill that would allow decentralized autonomous organizations (DAOs) to incorporate in the state.

The DAO bill now goes to a vote in the Senate, and then the House. If all is well, it’s then signed into law.

"Once the Wyoming bill is implemented, it should let a million—if not a billion—DAOs blossom," Aaron Wright, a professor at Cardozo Law School in New York, told Decrypt.

The Wyoming DAO bill passed the Wyoming Senate committee. I’ll try to keep folks posted on what happens next.

DAOs are organizations governed by the terms of smart contracts, with no hierarchy of control; all representatives are on an equal footing. The concept strives to solve everything that’s wrong with how modern-day organizations are run.

The proposed law serves as a kind of bridge between the traditional business world and the decentralized ethos of many blockchain projects, which strive to decentralize control. It would enable DAOs to set up as limited liability companies (LLCs) pursuant to certain conditions—a revolutionary concept in a legal world where every organization is deemed to be managed by at least one individual.

"It still takes a lot of work to set one of these up lawfully," said Wright, "and that's what the whole Wyoming bill is trying to do—make it a lot easier, cheaper to do."

Wright helped to draft the bill and is co-founder of the OpenLaw digital contract platform. He’s set on reinvigorating the DAO concept and embedding it in sound legal principles. (Disclosure: OpenLaw and Decrypt are both funded by ConsenSys. Decrypt is editorially independent).

DAO creators will have a lot of freedom to structure their affairs using any mix of statutory filings, legal agreements, or smart contracts, said Wright.

But Preston Byrne, a partner at Anderson Kill Law, was sceptical about the bill, and warned that it could be usurped by token hawkers to justify selling "shitcoins and half-baked code."

Wyoming: scrap this bill. “DAO” is language long used by token hawkers to justify selling shitcoins and half baked code. They don’t incorporate an LLC because they don’t want to KYC their members and be responsible for what the DAOs do. Don’t enable this behavior. https://t.co/3HeUI49Vhx

One of the key areas of contention in the bill is defining what an organization’s interests are; where tokens are used, it needs to be established whether they are securities, said Wright. This is a thorny issue in crypto regulation, more broadly, because securities necessitate significantly more stringent measures.

Notably, under the terms of the new bill, the articles of organization define the DAO’s characteristics, including its structure, which includes the rights of its members, and its underlying smart contracts. Crucially, these must be open to being "updated, modified or otherwise upgraded."

The measure is in place to stem DAO projects where an entity governed by a smart contract has been initiated but not maintained, and if a smart contract is changed, the articles of organization would also need to be altered.

The rise, fall and rise of DAOs

DAOs, which were first popularised in 2016, fell out of favour after "The DAO," the first such entity, failed spectacularly due to an exploit after a mistake in its initial code.

DAOs have since seen many permutations. One of the newest is "The LAO," which stands for “Limited Liability Autonomous Organization.” It’s essentially a DAO enhanced by a legal framework and was launched by Open Law last year. It functions like a venture fund, but the difference is that its members are more like partners, than security owners.

Since its launch, the LAO has funded about 40 projects including popular NFT marketplace SuperRare. It has more than 60 members, and has collected about $25 million dollars worth of Ethereum’s cryptocurrency, ETH, said, Wright. Notably, its US members must all be accredited, investors.

DAOs around the world

Wyoming is not the first place to moot giving a legal personality to DAOs. Malta began the process in 2019. It’s even made plans to extend the concept to an artificially intelligent organization that doesn’t even involve humans in decision-making.

"It’s about creating a new legal structure to accommodate decentralized structures generally and this will be useful in the case of decentralized IoT structures which utilize AI," Maltese crypto lawyer Jonathan Galea told Decrypt at the time.

But out of all the US states, it’s Wyoming that has become something of a trailblazer in introducing new legislation to legitimize the crypto industry. Last year, it was the first in the US to issue a state charter for crypto banks and has already licensed two: Kraken and Avanti.

Wright, who watched the Wyoming Senate Committee vote, said the fact that there was no major objection to the bill from the committee was a very good sign, meaning that it was likely to be passed, a massive move with the potential to provide much-needed legitimacy to the industry.